Abortion must not be condemned in court of simplistic opinions

Twenty-six years ago, my wife was carrying a child who could not survive, and we opted for termination

AT THE outset of our marriage, my wife Joycelyn and I struggled to start a family. Three years of false alarms and disappointments had presaged the blood-chilling realisation that we might remain childless: all sorts of tests had been done, and no one was being definite about anything. We had just begun to discuss the possibility of adoption, when she fell pregnant.

After what, to me at least, felt like another eternity, we were eventually delivered of a beautiful healthy son, Kevin. Within 12 months, Joycelyn was pregnant again – it seemed we had at last gotten the hang of this procreation business.

I remember wondering how Kevin would take to the new arrival, and feeling guilty at the idea of us suddenly confronting him with a competitor for our attentions. Would he think we had betrayed him in some way, by arriving home with another baby? Joycelyn told me not to be so daft.

Six months in, she attended hospital for what I presumed was a routine pre-natal check-up – it never crossed my mind that anything could be amiss. I’ll never forget the phone-call to work that day: Joycelyn was so upset, at first I could hardly make out what she was saying. She needed me to come home, because the hospital had told her there may be a problem with the baby.

Over the next few days, I clung to the hope there was some mistake, but in her heart Joycelyn knew different. As it turned out, something indefinable had been worrying her. She had gone to see her family doctor, and though he could find nothing wrong, as a precaution he had referred her to an obstetrician. A series of tests followed the obstetrician’s initial examination, and within a few days we were being told that our little unborn was anencephalic. It was explained to us that this meant the child had no brain, and could not possibly survive outside the womb.

We were distraught (which is hardly the word for it) but had to try desperately to maintain a front for Kevin, so as not to confuse and upset him. Some well-meaning friends told us we should take comfort in already having a child, and that, being so young, we had plenty of time. There was something in what they said; it just wasn’t the time for them to be saying it.

On top of everything else, Joycelyn and I had a decision to make: does she carry the child for another three months, knowing that it cannot survive beyond birth, or should we terminate the pregnancy now? The doctors and nurses were wonderful, answering all our questions without ever pressuring us in either direction.

We eventually decided on termination. It was a little girl, Claire, perfect in every other respect. The weight of grief nearly destroyed us – not as a couple, but each in the inescapable isolation of our own hearts and minds. Joycelyn, then only in her early 20s, was almost crushed by it: the loss of a child, giving birth to no end, post-natal depression, multiplied tenfold by the absence of a baby in a cot – the sheer bloody unfairness of it all.

I was numb with grief, feeling totally helpless as a man and as a partner, my own pain magnified by my inability to ease hers. Up to a point, the well-meaning friends were proven right, the fact that we already had Kevin, and went on to have David and Deborah was of enormous help (our children are all now older than Joycelyn was then). We couldn’t have been blessed with better youngsters if we’d been allowed design them ourselves.

Still, this only goes so far, human beings aren’t inanimate objects; one isn’t directly replaceable by another. Yet you just have to find a way to push on, or grief can become habitual, a self-indulgence.

Over the years, the pain has receded, but not disappeared. There will always be a void. The memories of that time, the what-ifs and the if-onlys, have been buried but not entirely. Claire would have been 26 this coming year, and though Joycelyn agreed to me writing this, she’ll never read it – she couldn’t bear to.

More heartache was to come. Joycelyn suffered a miscarriage a couple of years after Deborah was born, it would have been our youngest child. In truth though, it happened in the very early stages of pregnancy, and the pain was not comparable to what had gone before.

I see the abortion debate is set to take off again in the Republic. I detest the word “abortion”: with its harshness, and its sleazy, backstreet connotations. I prefer termination

, (the nazi's are perhaps the most famous user of termination as a euphanism - i.e. murder)

though it is much too imprecise for general usage.

Do I have a position on abortion? No, I have lots of positions, one for every set of circumstances that drives a woman, or a couple, to choose to terminate a pregnancy.

It isn’t a simple black and white issue.

Wrong. It is a black and white issue.

If it were, no doubt Joycelyn and I would stand condemned in the court of simplistic opinions.

It's not about condemnation, it's protection of the unborn from being murdered.
Posted by .The Cellarer at 00:09 1 comment:

Labels: How the West was lost. 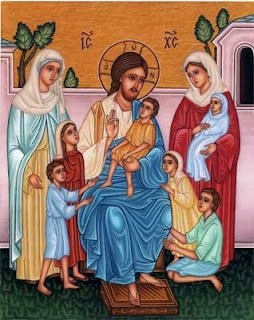 The Cellarer has been 'voluntered' to do children's liturgy and was unaware his recent debut was being critiqued by two teenagers in the kitchen.

Is he a teacher? they apparently asked. Whether it was the formative / summative assessment, active learning etc or simply my voice hitting the back of the hall and therefore also kitchen that gave the game away is unconfirmed.

Followed the instructions pretty much but drew the line at the 'Frere Jacques' Alleluia.

Mentioning aforementioned Alleluia to someone who quite likes modern hymns even they said "They are children but they have not been lobotomised"!
Posted by .The Cellarer at 23:14 No comments:

In most lives, I suppose there comes a time when one has to make a supreme effort that calls for every morsel of more and more endeavour and more than not that effort has to be sustained.

Squadron Leader Geoffrey Wellum
Posted by .The Cellarer at 20:53 1 comment: 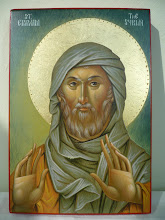